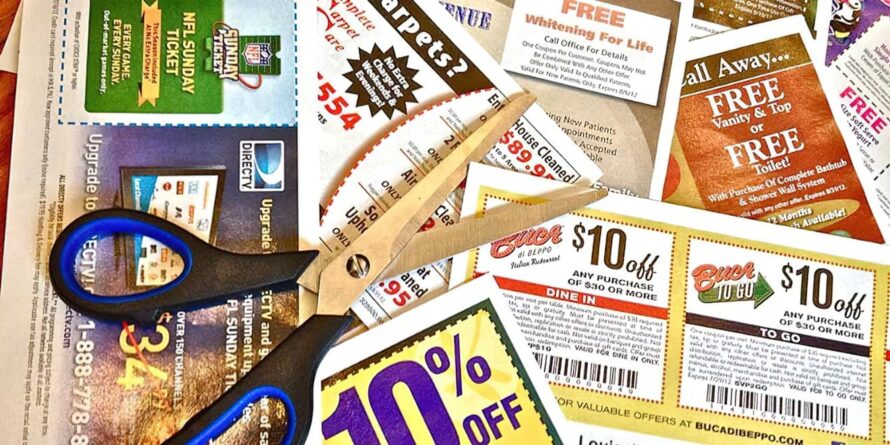 4 Marketing Strategies That Cost You Thousands

Every day we are faced with spending decisions that may not seem very important but can add up, in the long run. It is important to take a step back and realize that there are people who dedicate their lives trying to figure out new and more effective ways of taking your money. Here are a few marketing tricks that businesses use and how to avoid falling into their traps.

The ‘Loss Leader’ tactic that tries to entice you to come to a store to buy an advertised item at a legitimately low price, maybe even less than cost.

Why would the business want to lose money? They are betting on the fact that when they have you in their store that you will buy more items. This last Christmas Target had an insane deal on the game ‘Watch Dogs’ for PS3 or Xbox 360 — charging only $19.95 when the MSRP was $59.95.

Target used this game as a loss leader to get you in the doors so you would buy other items at full price — an extra controller, some Lego, a new flat iron, then you also decide to do your grocery shopping at Target that day and so on. I think you get the idea.

Loss Leaders are great buys, but just remember why you are at the store. Do not buy items you don’t need or make overpriced purchases just because you saved money on something else and you will be saving in no time.

Virtually every major store now offers a points card of some sort or another which are just about useless to the consumer, but worth millions in market research to the stores.

By making use of these little tracking machines, many grocery stores offer you a discount off an inflated price. Kmart has a card that gives you 10 points per dollar spent and can be redeemed at a rate of 1,000 points per dollar which equates to 1% back on future purchases.

It is best to not let a rewards card decide where and what you buy. Look at the overall price of the goods you are looking for and find the store near you with the best value. Once you have found the best value, then start looking at what their card can offer you on top of the already low price.

These sales are everywhere and you are sure to have seen one recently.

“This deal will not last!”

These sales are meant to pressure you and make you feel as if you will miss out on something or that you will need to pay more on a later date. But once again this is a tactic mostly employed on luxury items, turning them into high-ticket impulse buys.

If you miss a sale on something you were planning on purchasing just ask! Many companies will give you the sales price up to 30 days before or after your purchase if you kindly ask for it.

When you buy a piece of equipment from Best Buy the person ringing you up always asks if you want the protection plan. There used to be two types of people out there, the cautious types who would opt for the coverage and the free spirits who would throw caution to the wind and hope for the best.

Like I said in my recent article about cell phone plans there is now another contender called Square Trade and they are awesome, offering more coverage for less and an option to cancel your coverage at any time for a prorated refund.

But who is to say you even need the coverage to begin with? Some items, like laptops which are being moved around a lot and can easily have something spilled on them or can be dropped, make a lot of sense to insure. “Consumer Reports has HDTV repair information from 190,000 of its readers. Between 2008 and 2012, it found the average repair rate among the major brands for LCDs is 4.3 percent, and 4.6 percent for plasmas”, says Geoffrey Morrison of CNET.com.

So the chances of needing your TV repaired at any time is very small.

“Let’s say your TV does break in five years. You’ll be able to replace it for far less money than you originally bought it for, or you can get something new that’s even better.”

The best way to avoid spending traps is by finding deals on things you already want to purchase, not purchasing things you find deals on.

Waiting a couple months for the newest and greatest thing can often save you some money as launch products sometimes have some flaws that are fixed in later versions. Being aware of these strategies will not only save you thousands, but also make you a more confident consumer.

Should you rent, buy, or lease a phone?
Next article