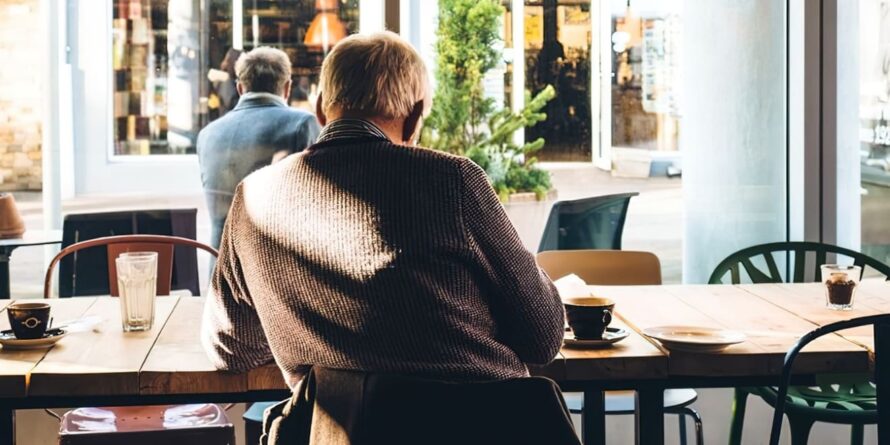 I once worked with a school teacher, let’s call him Jack, in his early 60’s who was getting ready to retire. We were talking about retirement plans and he told me that he didn’t have to save any money now because when he turned 65 he would have a million dollars in the bank to live off, plus his teacher’s pension. He said that he planned to pay off his mortgage, and then put the money into bonds and travel off the interest.

Obviously, I was impressed and, looking for a few nuggets of wisdom, I asked how he was able to do it. His answer shocked me.

“When I was 23 and got my first teaching job and I met with a financial planner. He told me that if I put $50 per month into his investment plan it would earn enough interest that when I turned 65, I would have a million dollars.”
“And it worked?” I asked surprised.
“What do you mean?”
“Your investment is now worth almost a million dollars?”
“I don’t know, I haven’t checked it since I was 23. But he said that it would be a million dollars.”

I encouraged him to get a current statement of his account and to find out exactly where he was at. Since he was just 2 years out from retirement, it was getting to crunch time.

I saw Jack a few days later and asked about the statement. He almost broke into tears and told me that his investments hadn’t performed as well as planned and he was sitting with just $56,000, which was $944,000 short of his anticipated goal.

There are many lessons to be learned from Jack’s experience, both good and bad. Here are 5 or 6 ideas on what you need to do before you turn 65.

1) Find out where you are at.
It might be tempting be an ostrich with your head in the sand, but ignorance doesn’t pay the rent in your retirement home. Find out exactly where you are at in each of your accounts. Don’t trust the projections or estimates like Jack did. It can be a daunting task sometimes, but there are plenty of tools out there to amalgamate your accounts and finances into one place so that you can see at a glance where exactly you are at.

2) Get used to spending less.
The simple math is, if you spend less, you can go it longer. There are plenty of ways to save a little money with little or no effort and sock the extra money away. If you can lower your expenses now, you can retire earlier, or at least when you do retire, it won’t be such a shock to your lifestyle.

Despite the charts in your financial planner’s office, most people find that their expenses go up slightly when they first retire because they have more time to eat out and travel. So now is the time to stop buying all the things that you don’t need to impress the people that you don’t like. Because, chances are, they don’t even notice. They are too busy buying things that they don’t need to impress you.

3) Be realistic about how expensive your retirement will be.
So you won a few medals in your prime. If you are over 25, then you have probably already said at one point, “I am too old for this.” Once you say that the first time, there is no going back. And when your back starts to go out, health care only gets more expensive.

A recent report showed that for people on Medicare, the average out-of-pocket expense during the last five years was $51,000 per couple. The cost of getting old can be much higher than you think, so be sure that you plan for these extra expenses.

4) Start now, or sooner if you can.
Most people have heard of compound interest. The idea is that your money can start to save a million dollars for retirement, you either need a lot of money ($1,000,000) or you need to have a little money and lot of time and earn a high-interest rate ($3500 over 50 years at 12%).

This chart is likely similar to the one that Jack saw when he was 23. While we can be certain that his financial planner was far too optimistic, it is true that saving money early makes a huge difference.

Even if you don’t have 30 or 40 years before you turn 65, every dollar in interest that you can earn is one that you don’t have to work for, so don’t wait until next year to take advantage of exponential growth.

5) Review and update your retirement plan.
As we saw with Jack, you need to review your plan regularly. Even if your job doesn’t change, your needs and the overall economic situation will change. The one thing you can count on is that whatever plan you make this year will have to be updated within the next 3 years, and ideally reviewed and adjusted every year.

6) Consider easing into retirement slowly.
Just because you turn 65 doesn’t mean you have to retire and just because you retire doesn’t mean you have to stop working. Many retirees are breaking the mold and working part-time to ease into retirement. If you like your job, consider continuing to do it part-time. If you don’t start up a small business like dog walking, house sitting or being a travel agent for other retirees.
Studies have shown (check here) that people who continue to work part-time are healthier, happier and that by working for just 3 extra years you can boost your retirement income by up to 22%.

5 Must-Do’s Before You Say “I Do”
Next article

Do You Still Believe These 12 Money Myths?
Back to the list of blog posts Go to PocketGuard