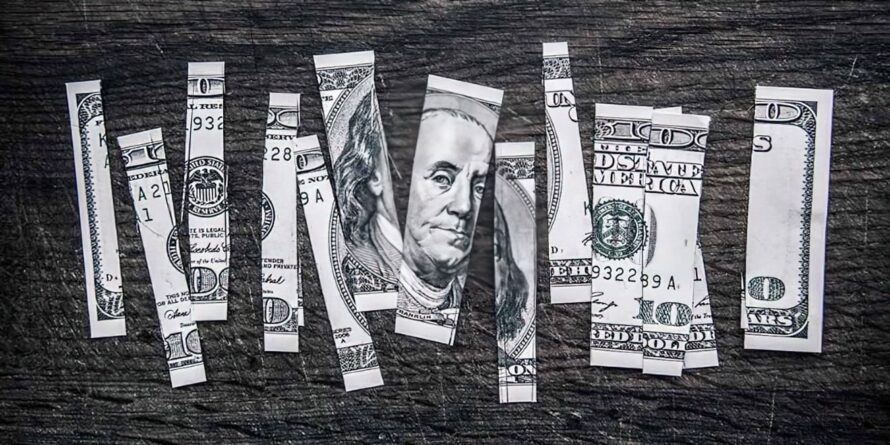 Do You Still Believe These 12 Money Myths?

Money, it affects almost every decision that we make throughout our day: what we do, where we go and how we do it. We all think that we understand what it is because we use it to buy everything from our morning coffee to the house we sleep in at night. But there are a lot of things that we don’t know about money. How many of these 12 common myths about money do you believe?

1. Myth: Money is made from paper and printing it kills trees.

Truth: All money in the US is made from a cotton-linen blend that only the Bureau of Engraving and Printing can use. It is more like a cloth than a paper, but I wouldn’t suggest sleeping on it since most US bills are dirtier than your bathroom floor!

2. Myth: You have to order official checks from your bank.

Truth: A Check is just a set of instructions to your bank and can be written on anything as long as it has the necessary information on it. Maybe you can write it on your bed sheets and sleep on a mattress of money after all.

3. Myth: Holding 4,530 metric tons of gold, Fort Knox is the largest store of gold on the earth.

4. Myth: Money was born out of barter.

Truth: Money started being used to keep track of debts. If my neighbor gave me a chicken with the understanding that I had to give a chicken and sheep back to him in the future. It quickly became hard to keep track of so, people would use rocks to represent these items: 1 rock for a chicken, 4 rocks for a sheep. That way there was no need to remember which actual items were owed, just how many rocks.

5. Myth: The US Federal reserve prints all the money that goes into circulation.

6. Myth: It is illegal to print your own money.

Truth: Over 60 communities throughout the United States print their own local currency to encourage local spending. Walt Disney World theme park has Disney Dollars that can be spent throughout the park like cash. Other communities as Ithaca New York and Berkshire Massachusetts do the same.

7. Myth: Coins are always used for denominations less than $1.

Truth: Today coins are used for these smaller denominations, but when metals were in short supply during the Civil War America issued a 5-cent bill.

Truth: The largest denomination of currency printed was the $100,000 Series 1934 Gold Certificate note. It was only used between banks and wasn’t circulated to the public. They have also printed $500, $1,000, $5,000 and a $10,000 notes, but because they were not very popular, they were discontinued in 1969. Most of these large bills are held by collectors now but they are still considered legal tender.

Truth: There is slightly more weight on the head side of the coin so if you toss a penny 10,000 times it will be heads closer to 49% of the time.

10. Myth: The USD, two-dollar bill is a rare collector’s item.

Truth: Even though the $2 bill was discontinued in 1966 it was reintroduced 10 years later as part of the U.S. Bicentennial celebration. There are still millions of them in circulation and the gift shop at Thomas Jefferson’s home in Monticello gives them out as a change to encourage their circulation. Maybe surprisingly, they are still worth…$2.

11. Myth: Most bills printed in the USA are used by Americans.

Truth: While Americans use money each day, they use less and less cash. As a result, over 66% of US cash is held overseas where banking in USD is not as accessible. Also, the US Federal Reserve estimates that 95% of the money that is printed each ends up going overseas.

12. Myth: Money can’t buy happiness and money is the source of happiness.

Truth: researchers have found that the happiest people in America earn between $50,000 and $75,000 per year and choose to spend their money on experiences rather than on possessions. While it may be true that money can’t directly buy happiness, research has shown over and over again that it is very difficult to be happy in modern society without it.