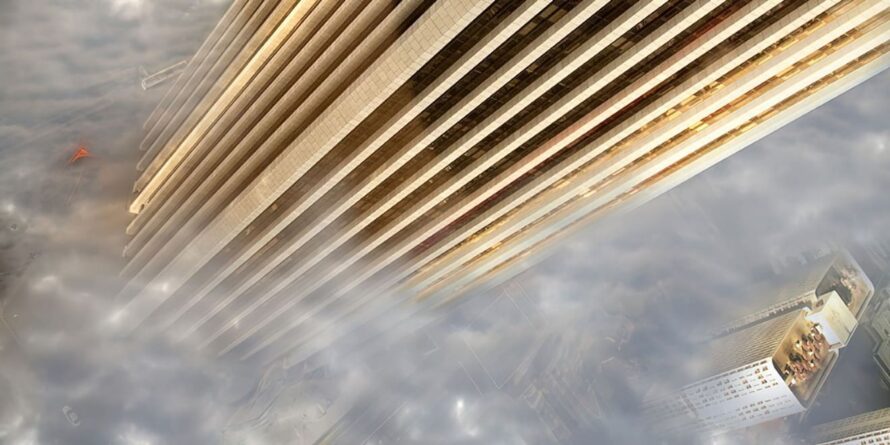 A History of Banking in the US

The nature of this institution in the US has evolved. From the old skeleton meant to monitor American taxes and pay foreign debts rose the complex financial systems of today. The history of American banking begins with the ingenuity of Alexander Hamilton and is passed down history building the world’s most stable economy.

However, while the US bank history might seem exceptional, the current system has numerous faults. Banking in the US is an old tradition, but it has turned into an unreliable institution. To understand this, we first need to look at the US banking timeline.

The establishment of the Bank of the United States started the history of American banking. The Bank of New York was a later product following the initial establishment. Drawing from the fact that the latter is still under operation is enough proof of how far deep and rich the history goes.

The Origin of Banking in the US

Two names, Thomas Jefferson and Alexander Hamilton appear prominently in the institution’s origin. The ideas of two economic prodigies with varying ideas about commerce and particularly banking led the institution’s evolution. Alexander Hamilton is known for his efforts in founding and chartering the Bank of New York. But why does Thomas Jefferson appear so eminently in the history of American banking?

It is Jefferson’s ideas that shape the banking timeline from the 18th century to date. Lessons from the Bank of England lend to the chartering of the Bank of America in 1792. The charter was later opposed in 1811 by Jeffersonians and renewed again by President James Madison in 1816. The system’s growth would go back and forth depending on the federal administration until 1907, during the financial panic. This became the nexus that elaborated the need for a centralized system.

Alexander Hamilton was enthusiastic about emulating the English financial model. He sent a letter to the Congress’s Finance superintendent, Robert Morris, explaining the importance of such a model to trading in the US.

Before this, American commerce was dependent on non-centralized lending from colonial elites, foreign merchants, and corporations such as the Bank of England.

Seeing this, Hamilton was given a pass to establish the Bank of New York. By 1789, America had three others.

Foundation of the Bank of America

The primary purpose of founding the Bank of America was to create a financial intermediary. Hamilton discovered this need after seeing the nature of lending that business people depended on and manufacturers had obtained. When was the Bank of America founded? To answer this question, we look at the details behind Hamilton’s rationale for the system.

He had been a US finance secretary. He presented the idea of having an institution that would accept notes and other foreign currencies. The institution would also offer short-term loans to businesses and manufacturers. In 1791, he was given a pass to establish the Bank of United States to serve as a federal fiscal agent allowing the repository of federal funds. In 1792, it was chartered on a 20-year-agreement.

He also had a wider vision for the institution. He intended that it would be a point of restructuring national debt into treasury securities. The system also provided the basis for the federal revenue system. The success of this establishment led to more sprouting and extending loans even to shopkeepers and farmers.

The definition of the dollar is well written in the US banking timeline. The system began centralizing the US currency to a more stable mode of payment. The history of American banking will elaborate this further.

In 1832, the second established Bank of the United States stopped operating. The role of supervising other corporations was passed to the state governments. This transfer of roles had its shortcomings.

At the time, they developed loans through different varying currencies. The currencies were worthless paper until redeemed to gold or silver whenever there was a cash demand. The redeeming process had to be certified by a financial examiner.

The problem with this system is that the financial examiner was not always available. Banks were therefore stuck, often for long periods, with worthless paper and no cash. Secondly, there was a problem of counterfeiting because there were so many currency varieties and no way to detect the authenticity of the notes. Approximately, the US had over 10,000 notes by 1860. This led to the closure of so many of them and a national outcry for a common form of acceptable currency in response.

The Birth of the National Currency

In 1863, the National Currency Act was signed into action by the US Congress. The act was revised into the National Bank Act in 1864 by President Abraham Lincoln.

The laws defined a government agency under the Office of the Comptroller of the Currency (OCC). The agency’s roles were to organize and supervise the newly established system. It would examine them periodically and enforce the legal regulations.

In the new system, the national banks were supposed first to purchase government securities. They would then deposit them with the (OCC) and receive the uniform notes. They would then lend these notes to borrowing citizens, thus circulating the money. If one failed, the held securities would be sold and the holders reimbursed.

The printing and engraving process was transferred from private companies to the US Bureau of Engraving and Printing. Freshly made currency was recorded with the (OCC) and marked with the Treasury Department’s seal.

The Modern Bank in the US

The US banking system has seen various changes over the last two centuries. In the age of technological advancements, the system has undergone massive revolutions. The introduction of digitization in the 21st century has given rise to more services and financial options. The trajectory of growth of the US banking system went from a telephone-based system and credit cards to the use of electronic money.

The (OCC) has also switched to computerized forms of supervision. The regulations have faced amendments covering modern financial risks and complexities.

Despite the changes, the OCC’s mission remains the same: ‘To ensure that national banks and federal savings associations operate safely and soundly, provide a fair access to financial services, treat customers fairly, and comply with applicable laws and regulations.’

Functions of the Banks in the US

The vision of the system was to serve two major purposes. These economic roles were:

Modern economies are non-functional without a sustainable financial system. Payments are made today through credit cards, checks, or online money transfers. They usually own the money transferred across these platforms. The federal government issues other monies on legal tender in the form of Federal Reserve Notes and coins. They also hold these reserves.

This function ensures confidence as we exchange the currency across different platforms.

Being the Financial Intermediary

The bank is a profit-seeking establishment. This function relies on its business side. The institution is supposed to invest in the depositories through lending and other financial ventures.

This function is crucial to financing American entrepreneurs and businesses. Years of profit-making have seen the growth of the US banking system to the version we know of today. However, the whole endeavor has its share of risks. They are required to mitigate possibilities such as loan defaulting or losses from business ventures.

The US banking timeline presents a compelling case of success. However, there are instances in US bank history that have questioned the system’s primary components. The economic crisis of 2007/08 is the latest example of these uncertainties caused by the system. Looking back, similar instances have been observed at equidistant intervals. Economists theorize that such a crisis occurs every 20 years.

Whether true or not, the precariousness within the US banking system has increased the need for reforms. Policies and laws instituted will be significant for the system’s future.

We cannot, however, ignore the importance of this system to the US economy. Its ability is overly connected to this system of money transfer and regulation. Therefore, the future of this system lies in the modern ingenuity of finding solutions to these stability problems.