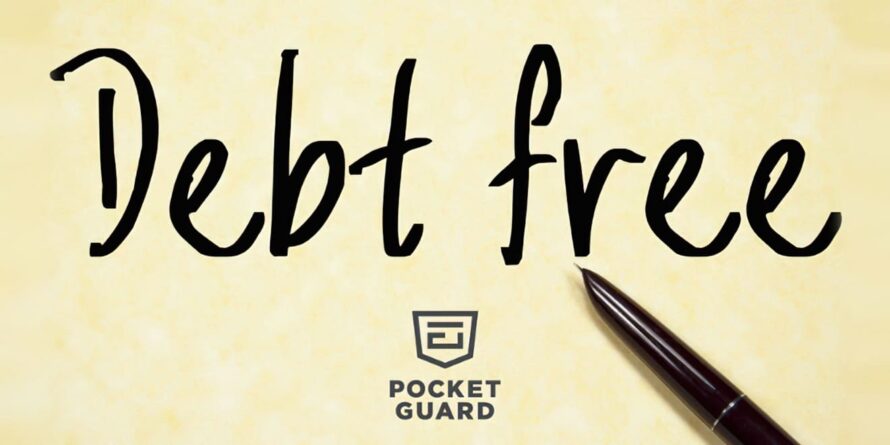 24 Horrible Ways To Deal With Debt

Debt can take over your life and make you feel trapped like there are no solutions. Many tools, such as PocketGuard can help you take control of your finances and get your life back on track. But, it can be a long road sometimes and desperation may lead you to consider other ways of dealing with your financial woes. Here are 24 horrible ways to deal with debt that you should never consider.

1. Fake your own death — It can seem tempting to fake your death and skip the country. Thousands of people try it every year. Unfortunately, if you own a lot of money, creditors are often the ones who wind up digging up the dirt on the disappearing act. Dying is easy. It is trying to live your life afterwards that is tricky.

2. Marry a dying billionaire — While it might seem exciting to live the billionaire lifestyle for a few weeks before your dearest darling kicks the bucket, iron clad wills and the family of the departed can often leave your penniless and scrambling to get a red cent. Like the old saying goes, “Anyone who marries for money, usually ends up earning every cent.”

3. Burn down your house for the insurance money — Anytime something burns down, the insurance company does an investigation. If you burn something down on purpose the police will investigate and you can be fairly sure that they will catch you leaving you out of the frying pan and into the fire.

4. Sell street drugs — Not only is this illegal but also very dangerous. Even if you figure out a way to avoid the police, and stay under the radar of the DEA, you have to deal with some of the most dangerous people in America. Accounts payable require more than just firing off an email to collect. Unless you are ready to pack some heat, it is better to stay out of that kitchen.

5. Sell organs in Mexico — It can be tempting to cash in on a kidney or a piece of your liver, but there is a chance of infection and there is also a chance that you won’t live long enough for that to matter. Anyone desperate enough to buy an organ from the black market is not someone you want to be making financial deals with.

6. Borrow money from the Mafia — Big Lou may seem like a softy on the outside, but chances are his cousin Sammy the Sludge hammer won’t seem so friendly when you miss a payment.

7. Mortgage your house and bet everything on black — If you are desperate for money, taking out a second mortgage can temporarily relieve some of the pressure. But risking any of it at a casino is just like throwing it away. Casinos can be fun entertainment if you are the type that has money to burn and can walk away after the fire has gone out.

8. Become a prize fighter — Prize fighting takes skill, training and a tremendous toll on your body that can make going back to regular work even more difficult. If fighting is your passion, then go for it. If you just need money, there has to be a better way then letting someone beat you to a pulp.

9. Blackmail a politician — Not all politicians are wealthy, and the ones who have an army of people that deal with blackmail attempts. You are more likely to disappear or be publically defamed before you make a dime from any blackmail attempt.

10. Intentionally become disabled — Even if you find a doctor that is willing to remove a perfectly good leg, any disabled person will tell you that it is not worth it. You will never be able to get enough from your disability payments to make up for the missed work, travel or social opportunities.

11. Kidnap a celebrity and hold them for ransom — Few Hollywood plots work out more poorly in real life than the kidnapping attempt. You won’t get paid, you won’t become unlikely friends with your captive and you won’t be saved from going to jail at the end by some unlike twist of fate.

12. Start forging checks — This worked okay 30 years ago, but the stringent regulation around checks today mean that it is very difficult to pull off this scam anymore. Even if you get the money, it is in electronic form and without a serious laundering network, they will track you down.

13. Steal the identity of a wealthy person — Anyone who is wealthy enough to make it worth your while, has people who protect their identity. If you do manage to take over their identity, you will quickly be identified.

14. Sell naked pictures of your boss to your coworkers — Not only is this grounds for dismissal, but you may never work again. Also, depending on how you got the pictures in the first place, you may open yourself up to a criminal investigation.

15. Sell national secrets to North Korea — North Korea is getting really good at the spy game. So, unless you are a better spy than their best, your chances of actually getting paid slim to nil — and Slim left town.

16. Eat at an expensive restaurant and then pretend that you have a heart attack to avoid paying the bill — The ambulance ride alone will likely be more than the meal you are hoping to skip out on. You are much better off climbing out the bathroom window. Just be sure it isn’t the rotating restaurant at the top of the Stratosphere in Las Vegas.

17. Attempt a world record for the most hotdogs eaten in 1 minute — While winning a hot dog eating contest might earn you the respect and admiration of the world over, it doesn’t pay well. Stick to adding hot dogs to Mac and Cheese to cut costs.

18. Try to get a Nobel Peace Prize by infiltrating a terrorist camp — While winning the Nobel Peace Prize does pay out a cool $3 million, it is better to stick to one of the tamer categories. Although, if you have put in the ten or more years of work and effort required to earn the prize, you likely won’t be having money problems.

19. Intentionally crash your car — Insurance money is rarely easy money — if you actually have an accident. It rarely covers all the costs involved in a claim. From taxi rides, to physical injury to increased premiums, eventually you will have to pay the piper.

20. Tell people you have a disease and are not insured, then ask them for money — Frauds like these happen every day. The physical cost is nothing compared to the loss of trust in the community, alienating your friends and family and potential that you will go to jail.

21. Canvas for a disease that does not exist — By saying that you belong to an organization that doesn’t exist, you open yourself up to a quick fraud lawsuit. Besides, most canvassers are not able to collect much more than minimum wage, even for well-known diseases.

22. Make a fake police brutality video and put it on Youtube — Police brutality is a hot topic lately, but making a fake video is a sure way to land in hot water. You may get your face all over Facebook both for the video and the court case that is sure to follow.

23. Claim non-existent dependents on your tax return — Just ask Al Capone what the consequences of skimping on the tax man are. Placing a fraudulent tax return can result in extra fines, jail time and financial audit that goes back to your birth.

24. Jump in front of a moving bus and sue the busing company — Every day we hear about people who get injured for stupid things and sue for millions. Most of the time, all the facts are not given to make the case sound more sensational that it really is. Jumping in front of a bus is a sure way to end up in a hospital, but not a great way to get out of debt.