Home > Blog > Financial literacy > Budgets of the Rich and Famous 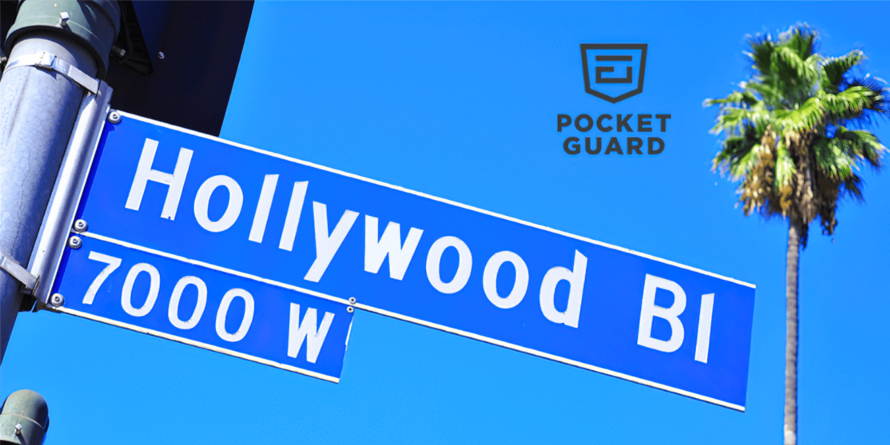 Budgets of the Rich and Famous

For many people in America, the goal for each paycheck is see if it can make it to the 30th. Unfortunately for many, there always seems to be too much month left at the money. But what if you happen to be an A-list celebrity living the high life?

According to the business insider the average A-list celebrity earns over $13 million per year. You would think that this would be enough to bankroll any lifestyle. But, life can be tough at the top as well. After all, insurance on a new Ferrari isn’t cheap. It is not only the cars that are expensive. Many things are simply just more expensive when you are living in the public eye.

Privacy isn’t cheap. A nanny that you can trust not to supplement their income by selling gossip to the tabloids can cost upwards of $130,000 according to writer Claude Brodesser-Akner. And, don’t forget that you may need to pay $100,000 for your 6-year old’s personal stylist.

What will surprise most is what a small percentage of the budgets from the rich and famous goes to household expenses, just 3% according to Brodesser. Although that still adds up to nearly $500,000 per year. Your average Joe on mainstreet, America spends 25% of their income, $16,000 per year. That wouldn’t even pay to clean A-list celebrity’s pool for a year!

They also spend a fortune on health care and beauty. Apparently it takes $40,000 per year just to stay alive with doctor bills. That doesn’t even include the $860,000 that they are expected to pay over their lifetimes on cosmetic procedures. It turns out the “million dollar man” wasn’t that unique after all.

But, even while they earn 30 times more than the average American, some celebrities struggle with the same problems that the rest of us deal with. MC Hammer famously squandered his fortune and went bankrupt shortly after his notoriety waned.

On the other end of the spectrum are celebrities that skimp and save every penny they can — even to the point of not paying their bills. Paris Hilton famously walked out on a tab in a restaurant in Australia, leaving the waitress who earned minimum wage to foot the bill. “She’s got bucketloads of money and she didn’t pay for her drinks,” waitress Jo Pfahl told reporters.

Why do they do this? “Celebs easily fuse fame and freeloading,” said California public relations consultant Richard Breyer. “Designers are constantly at them to wear their outfits to showy events, jewelers are happy to add the bling and car companies loan cars to cruise in. Some of them then lose touch with what’s free and what’s not.”

Taking these extremes into account, it can be a breath of fresh air when we come across the princes and princesses of Hollywood that haven’t forgotten how to live like an American.

Wise Bread reported on 5 celebrities that have found the balance between struggling to survive and enjoying their wealth. Here are their picks that we wanted to highlight for you:

Sarah Michelle Gellar, famous as Buffy the Vampire slayer and the CBS comedy “The Crazy Ones,” has a net worth of $15 million. Her husband, Freddie Prinze Jr. — is also worth an impressive $19 million. But she doesn’t let all this go to her head. When she goes out shopping for groceries, she likes to use coupons at checkout just like the rest of us. “Why should you pay more for something that someone else is paying less for?” she asks.

Model media mogul Tyra Banks has always been careful with her money. She says that she started by saving a little of her allowance each week to put away for a rainy day. Her attention to the pennies has paid off and helped her build her $90 million fortune. Now that she has dollars to burn, she still keeps a close watch on her checkbook by frequenting inexpensive chain restaurants and taking advantage of the free soap from hotels.

There is nothing funny about how comedian Jay Leno has amassed his quarter-billion-dollar fortune. His thrift was also rooted in his youth and continues to today. How does he do it? Leno claims that he doesn’t spend any of the money he makes from his NBC-hosting gig.

“When I was a kid, I had two jobs. I worked at a Ford dealership and at a McDonald’s. I’d spend the money from one job and save the money from the other. That’s still the way I am now. I live on the money I make as a comedian, and I put all the TV money in the bank. I’ve never spent a dime of TV money — ever.”

“Sex and the City” star Sarah Jessica Parker has made her name synonymous with style. Even though she has grown her fashion career into an international phenomenon, she still dresses her son in hand-me-downs from his older cousins. Her reasoning? “I think it’s incumbent on my husband and me to really stress and to show James Wilkie by example what it means to owe your community something and that he is not entitled to the benefits of our hard work,” the actress says. At least with seven siblings she won’t have any shortage of clothes for him to wear.

Actress Mariska Hargitay, who has played detective Olivia Benson on “Law & Order: Special Victims Unit” since the show’s debut in 1999, is one of the most highly paid women on network television, raking in about $500,000 per episode. Hargitay knows that even though she is raking in $10 million per year, that the gravy train will end someday. “I constantly worry about money,” the star told More magazine. “I make a lot now but I don’t feel that way because I was poor and had no money for a lot longer than I’ve had… I’m saving money to live on, for the future.”