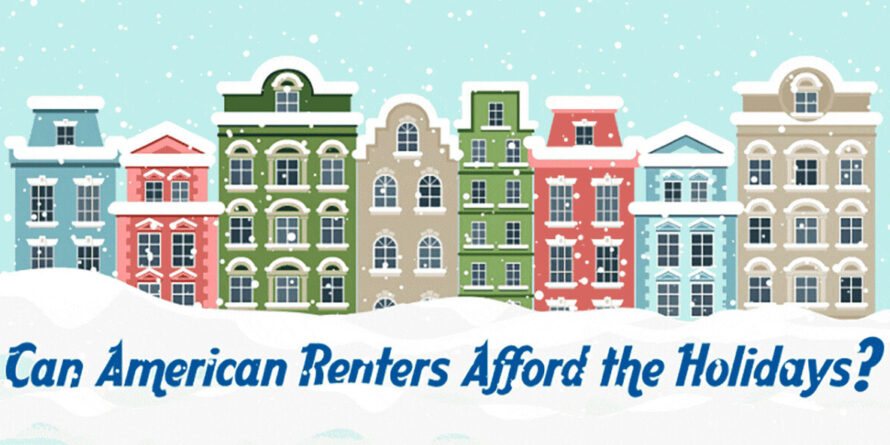 Study: The Average Renter Household Needs $549 in Savings for the Holiday Shopping

Ideally, the holiday season should be all about giving. Realistically, however, — well, it’s still all about giving, just not exclusively in the merriest sense of the word… Buying gifts, decorations and festive dinners toward the end of the year is a painful addition to everyone’s budget, but these extra holiday expenses put a strain on renters in particular as they typically have much lower incomes — about half that of homeowners.

The simple calculation above captures the pre-holiday season panic that many of the nation’s renters face. The numbers are based on the median renter household income according to the U. S. Census Bureau, November’s average rent according to Yardi Matrix, average cost of living data from the Bureau of Labor Statistics, and a survey conducted for the National Retail Federation that reveals how much American consumers plan to spend on average this holiday season. Based on this data we’ve concluded that the average American family of four spends about 2.8% of their annual income on winter expenses. (See more details in the methodology). We also wanted to see, however, how our hypothetical family of four would do in the 50 largest cities, based on the local incomes and rents.

So How Will Your City’s Average Renter Family Close the Year?

Let’s take the Vincents, who happen to be the embodiment of the average family in Virginia Beach, VA. This family of four lives in an average neighborhood, they get around in an average car, and have an average dog. But most importantly, Mr. and Mrs. Vincent earn exactly the local median income for renter households, their monthly rent is bang on the local average, and they want nothing more than to make their children’s wish come true this season, which is — unsurprisingly — an average winter holiday. The Vincents are among the luckiest of the lucky few that can afford to do this without going near their savings account or taking their credit card out of their wallets. They will even have $689 left of their November and December salaries to put in the rainy day fund, or — why not — change their minds and go for an above-average holiday after all.

So with the financial challenges of Black Friday and Cyber Monday tackled successfully, the Vincents are looking forward to a cheerful holiday season. So are numerous other average families in 24 other large US cities, including Wichita, KS and Tulsa, OK, and Oklahoma City, OK where average renter households can expect to have $500 or more for the piggy bank after the holidays, but also in Tucson, AZ, where the Tucker family will have to make do with a modest $6. But at least they don’t close the year with a hefty debt…

…Like the Manning family is likely to do in Manhattan, NY — to jump straight to the other extreme. Unless they have $4,394 in savings just for this year’s winter holiday, they will need some serious outside help to pull through the season. So do the Boltons from Boston, MA, who will most probably charge their credit cards with $4,014 by the end of the year, and numerous other renter households in 26 other large cities across the nation. California has a strong presence on this list, with 6 contenders in the top 15 cities where the holidays cause the most financial trouble for renters.

All sums generated using the calculator are provided for informational purposes only, and should not be interpreted as financial advice. You should not act or refrain from acting on the basis of any content generated through this tool without seeking professional financial advice. The content generated this way contains general information, which may not accurately reflect the current market conditions or address your specific situation. We disclaim all liability for actions you take or fail to take based on the results obtained using this calculator.

Financial advice for people with bad credit
Next article